I talked about hosting and working on round robin quilts with my guild, here and there through last year.  The final reveal was at our December meeting, but I was away.  It took until the February meeting for me to get mine back.  This was my starting block way back at the beginning of last year. 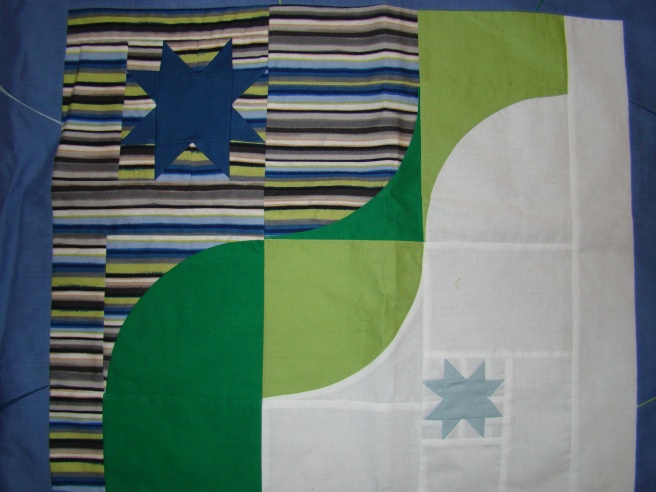 I didn’t have a planned direction for this, just that I hoped for stars and curves, blue and green, and stripes. I then set it free for 5 other quilters to add to it.  And Voila 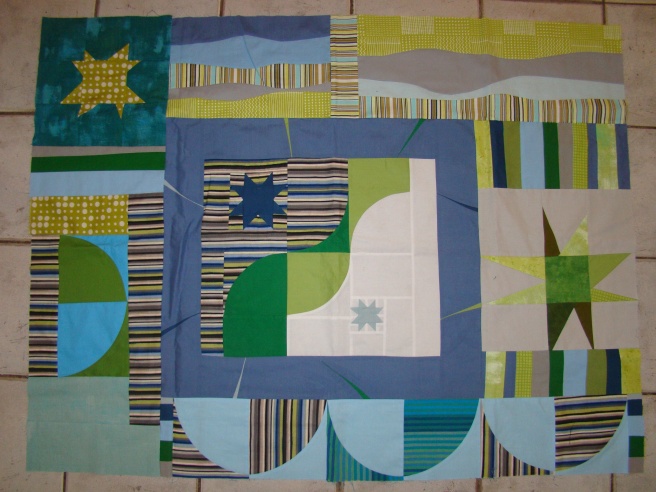 It turned out very different from what I imagined, but that’s the fun of a round robin, you have to let go of control and take what comes back to you.  BUT, I want it bigger, so am going to add more rounds, trying to make them distinctly different each round.  Maybe this is the perfect project for me: the girl who works on something for a bit, but then gets distracted by a new idea, a must-do project, an upcoming quilt “needed” for some celebration, etc……. By the time I come back to add more, I will have new ideas, new skills (maybe), and new perspective.  And now I can tell you as this grows, not keep it secret.

I like to share, and I am glad to have you to share with, so it is hard when I am making surprises, or working on commissions ( like the t-shirt quilt that I have now finished, but cannot show you until the client sees it), upcoming block lotto for my guild, or things like this round robin.  I only have so much sewing time, and when lots of that is secret, I just don’t have things to share. This is my reason for less posts in the last few months.

But onward; quilting, creating, and noticing all the colour around us.

I am working on a big commission quilt and sometimes I need a change of “scenery”.  But really, I am just putting off getting the big job done.

I had an idea in my head, to sew some squares together, cut them apart at a random spot, sew together, rotate, cut again, and keep going.  And since the Pantone colour for 2018 is violet, I thought that was a perfect direction for playing with building blocks.

I started with violet, medium purple, pale purple, and white. 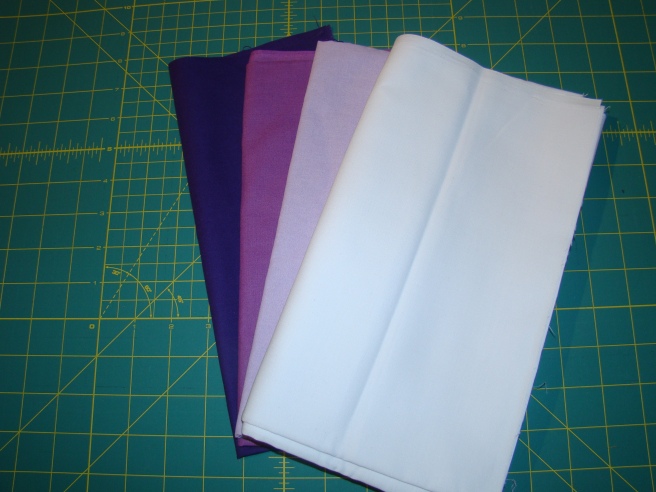 I really just wanted to see if this would work, 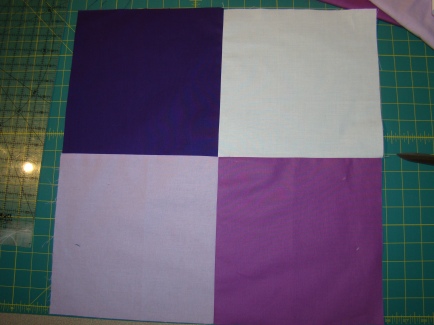 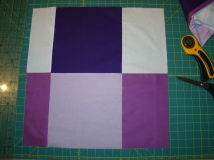 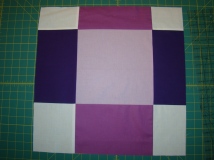 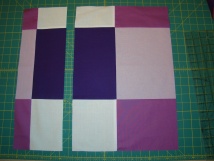 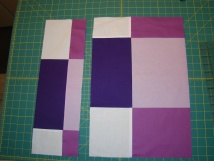 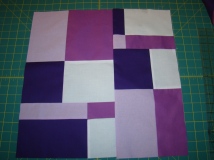 Working pretty well, I think.  So I continued to cut, sew, rotate until I felt it was random enough.  Satisfied, yup. 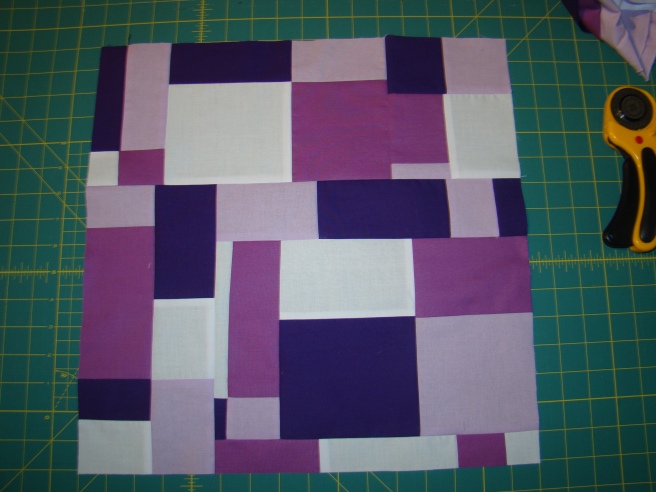 Now, what if I cut exactly halfway thru each block? 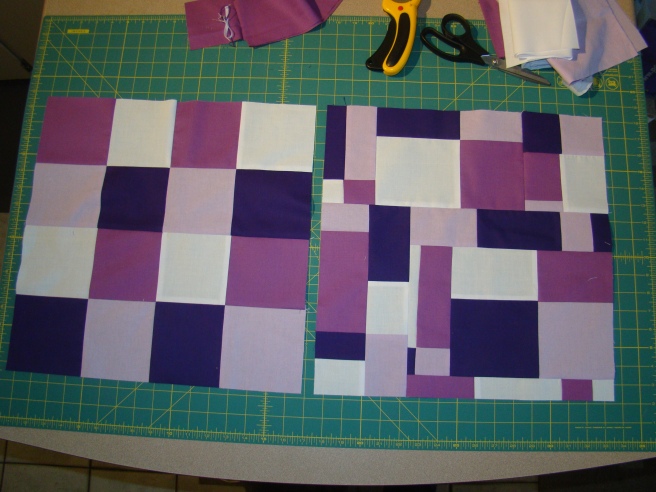 Cool, now with HSTs.  This one reminds me of Argyle socks! 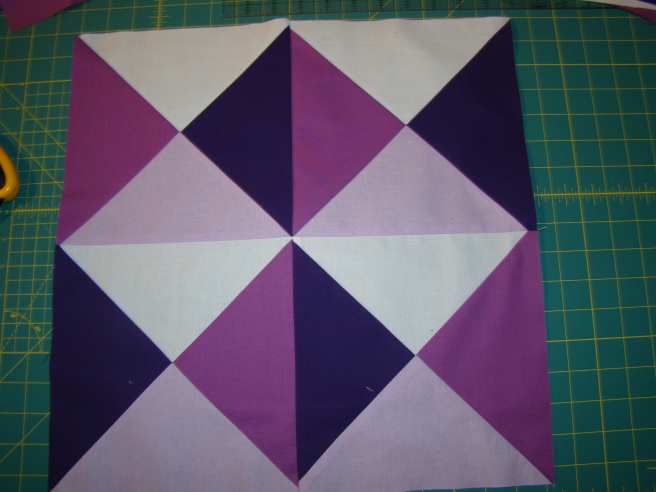 Next I tried the random spaced cuts, but some angles too.  This took a bit more planning as I had to make matching triangles on both sides to swap. 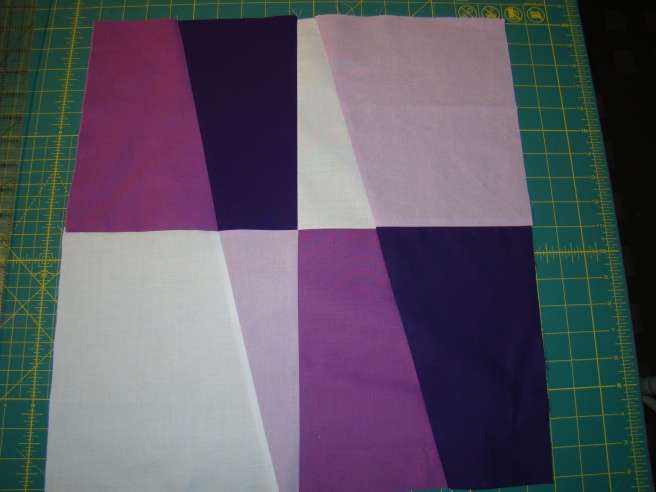 Which resulted in another fun block. 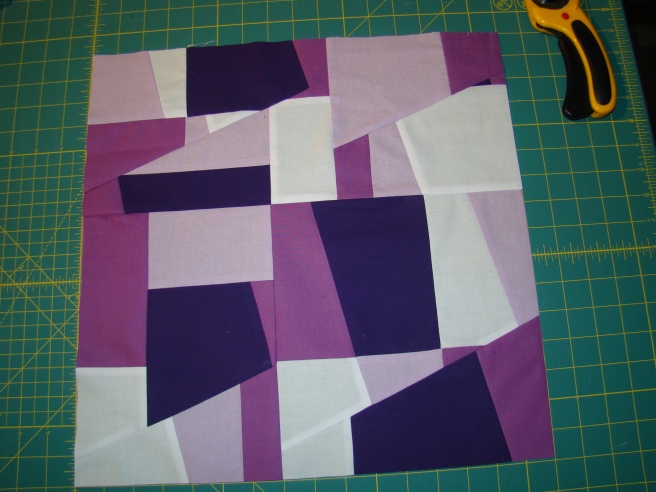 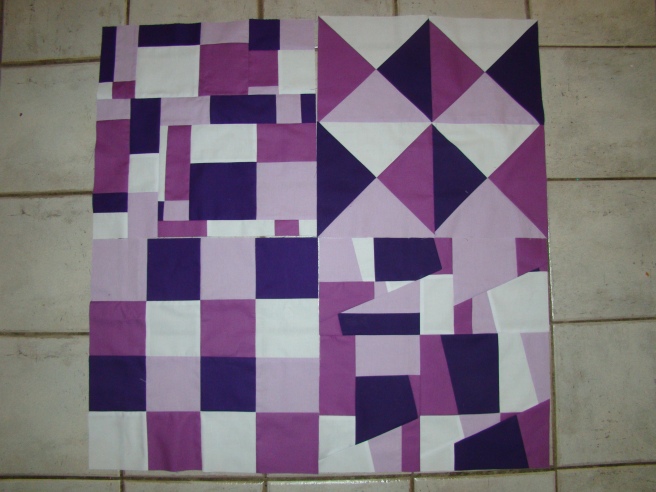 maybe they need sashing? maybe they are better put together like this?

But then I had another idea to try…a braid.

Here is another one that starts by sewing strips together, then cutting them up, and sewing again. 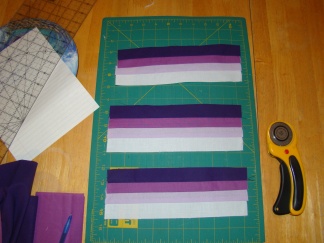 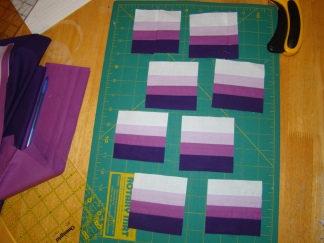 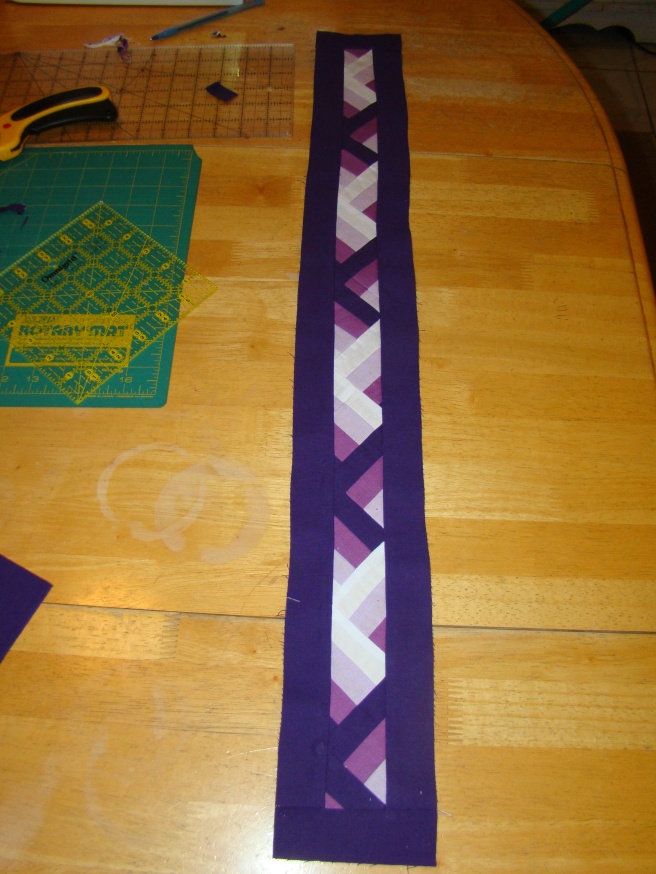 And this one was so thin it needed a border, so all the blocks may end up with violet in between them.

Then family and weekend commitments at the ballpark, soccer field and hockey rink took over all my time.  But such is life.  I feel like there is more to create and play with on this four colour theme.  Maybe it will become a quilt at some point.  Better get back to my commission before more play.

PS. I submitted My Canada quilt to Quilt Canada 2018 CQA juried show coming up in late May.  Cross your fingers for me:)